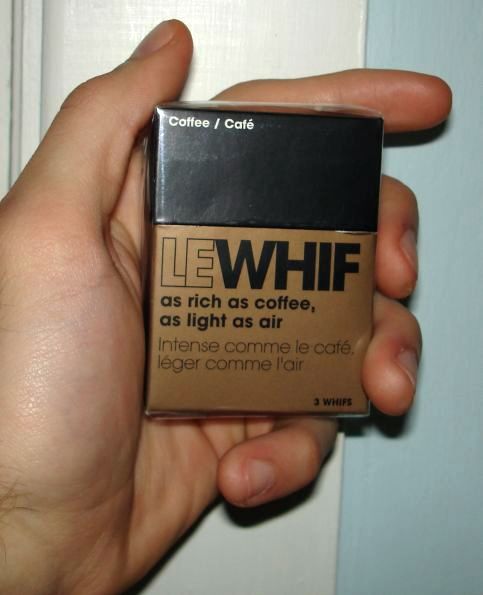 At least the box is cool.

Le Whif recently came out with a coffee version of their inhalers. I love coffee, so I pre-ordered a package of three Le Whifs immediately after reading about it. Essentially, you’re able to get your caffeine fix by breathing on a coffee-flavored inhaler. They sucked more than I did while trying to make them work.

They’re packaged in a cigarette box. It’s very cool and makes a great first impression. I could see how these would be great gifts if they were any good. 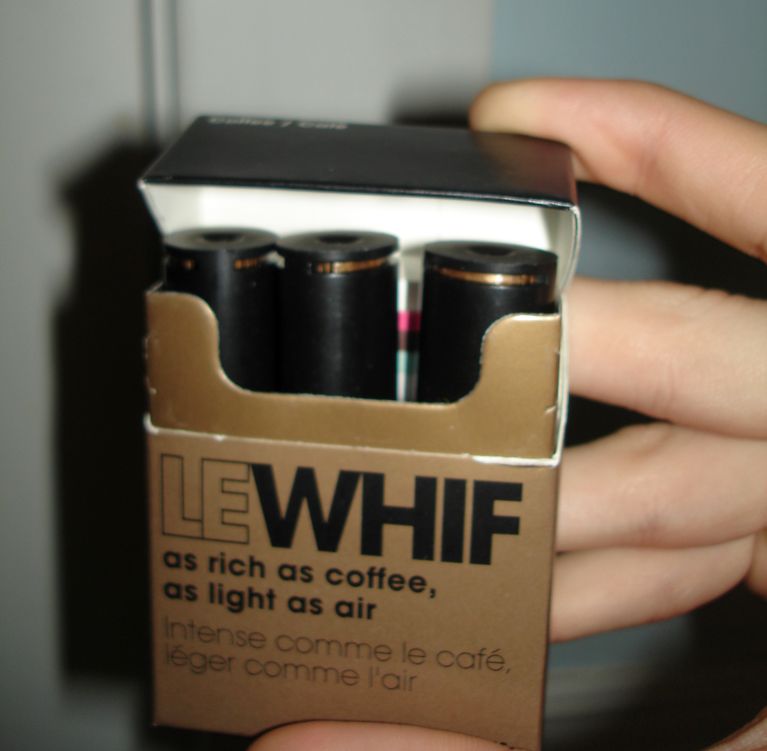 Too expensive to let someone bum off of you.

I took one out and extended the top from the bottom. There are visual instructions on how to use them on the back of the box. The most important step is the “Quick Whiff” illustration. I have an experiment for you right now: right in your seat, take in a quick whiff of air. If you’re like me, you could probably make a harmonica peep with a quick whiff of air. However, it isn’t enough to get anything out of the Le Whif canisters. It’s just poor wording for a product based on whiffing. I needed to whiff a little harder than that. 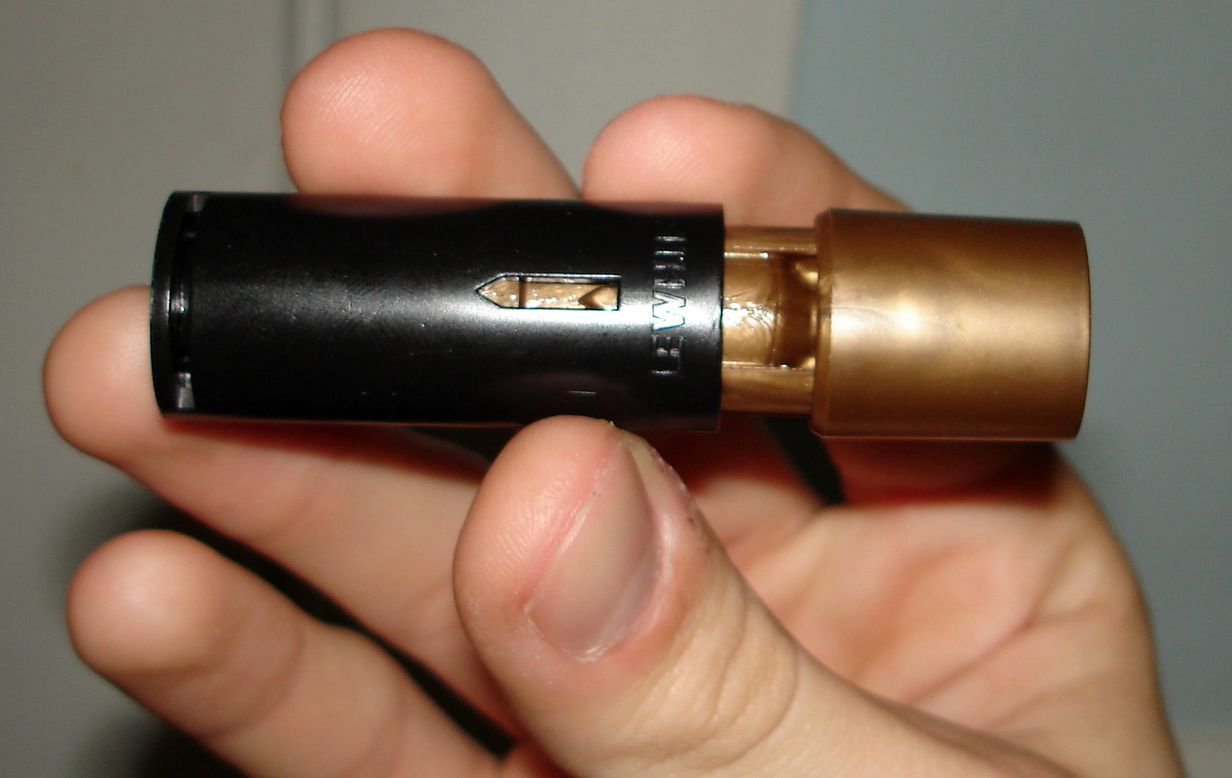 On the first try I didn’t taste anything. So I whiffed hard the second time and got a blast of coffee powder in my mouth. Not coffee-air, I breathed in coffee-flavored powder. It tasted good in a Fun Dip way, but not in an “I’m breathing this” way. I thought I’d be flying around the house from all of the caffeine. I didn’t feel anything. I don’t want to disagree with a Harvard professor’s discovery, but this is experimental and needs more testing.

Over the course of the next few days, I popped the same charger open and closed, whiffing again and again. Each time I tasted some coffee powder, sometimes better, sometimes worse. I’ve read that you can get a few pulls from each inhaler, but I have no idea when to stop. Since they’re $15 for 3 of them, I’m not inclined to toss one when I think I’ve hit an arbitrary limit. Some kind of indicator on the tube would be perfect. I’ve gotten to the stage where I take a hilarious huff-your-house-down whif without knowing when to stop. Since I never felt the jolt in the first place, it doesn’t seem all that different to me. At this point I use it for the coffee powder taste, since inhaling instant coffee would be unpleasant. 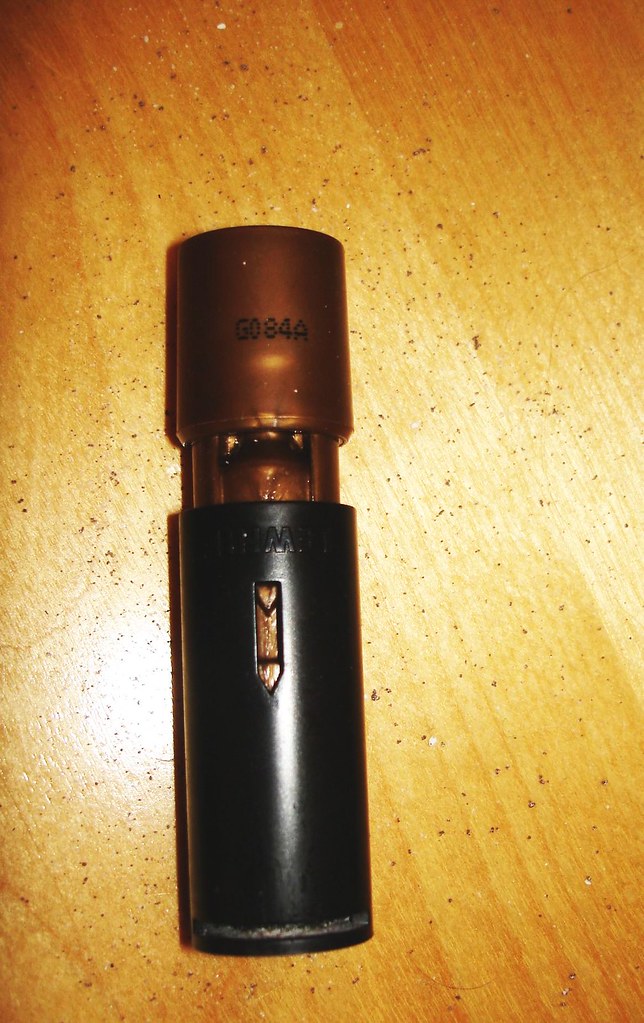 I picked it up while I was writing this, and powder came out.

I actually went to grab the Le Whif inhaler to give it another chance, but these flakes came out when I picked it up. Now I know when it’s time to throw one out. On one hand, I should know what to expect. I thought they’d try to hide something like this better. It looks like inhaling coffee is still for the future. Le Whif: It doesn’t seem any different than instant coffee in an expensive tube.