(The newer edition of the book asks the same question with larger numbers and without referencing tapes). The point of the constraints are: you don’t have enough memory to load the data at once.

The chapter goes on to describe how a binary search can be applied, even though the set of numbers isn’t ordered. You can partition the set by looking at the first bit of each number. After this split, whichever set has fewer numbers represents the set that is missing at least one number. From there, apply the same logic to the new set, looking at the second bit in each number, and so on. In the end, one half of the numbers will be empty, where a number would have been if it existed in the set!

I turned into a crazy person when I was answering this problem. I was filling my notebook with scribbles of trees: Over the past couple days I’ve been looking for some fun distractions to keep me sane while I go through the book. Yesterday I played with PhantomJS for a little bit. Today I worked on automatically generating the trees I was scribbling before. I took a page from Jon Bentley’s (the author of Programming Pearls) paper “A System for Algorithm Animation Tutorial and User Manual”:

It sounds nicer to say I took it from a paper, but I just added some debug statements to the algorithm as it went. They’re mostly human readable, but happen to be pretty close to the output needed to create a graph with GraphViz. A little one-liner post-processing:
go test -v | grep ^info: | perl -alnE 'BEGIN{say "digraph G {";};END{say "}"}; print "@F[1..$#F];"' | dot -Tpng -o out.png

And with that mouthful, pretty pictures! 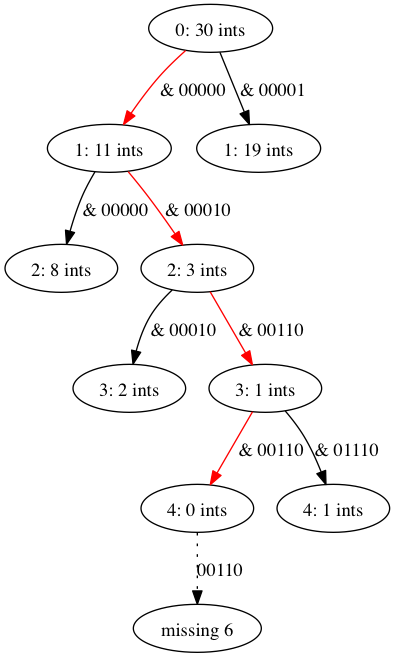 This shows the process of finding a missing 5-bit integer in a set starting with 30 integers. The numbers are split by bitwise-ANDing them to the edge label. I chose to start at the least significant bit. At the end of the process,  one of the two child nodes will be empty, representing a missing integer. For fun, here’s the run for 1 million 20-bit integers: 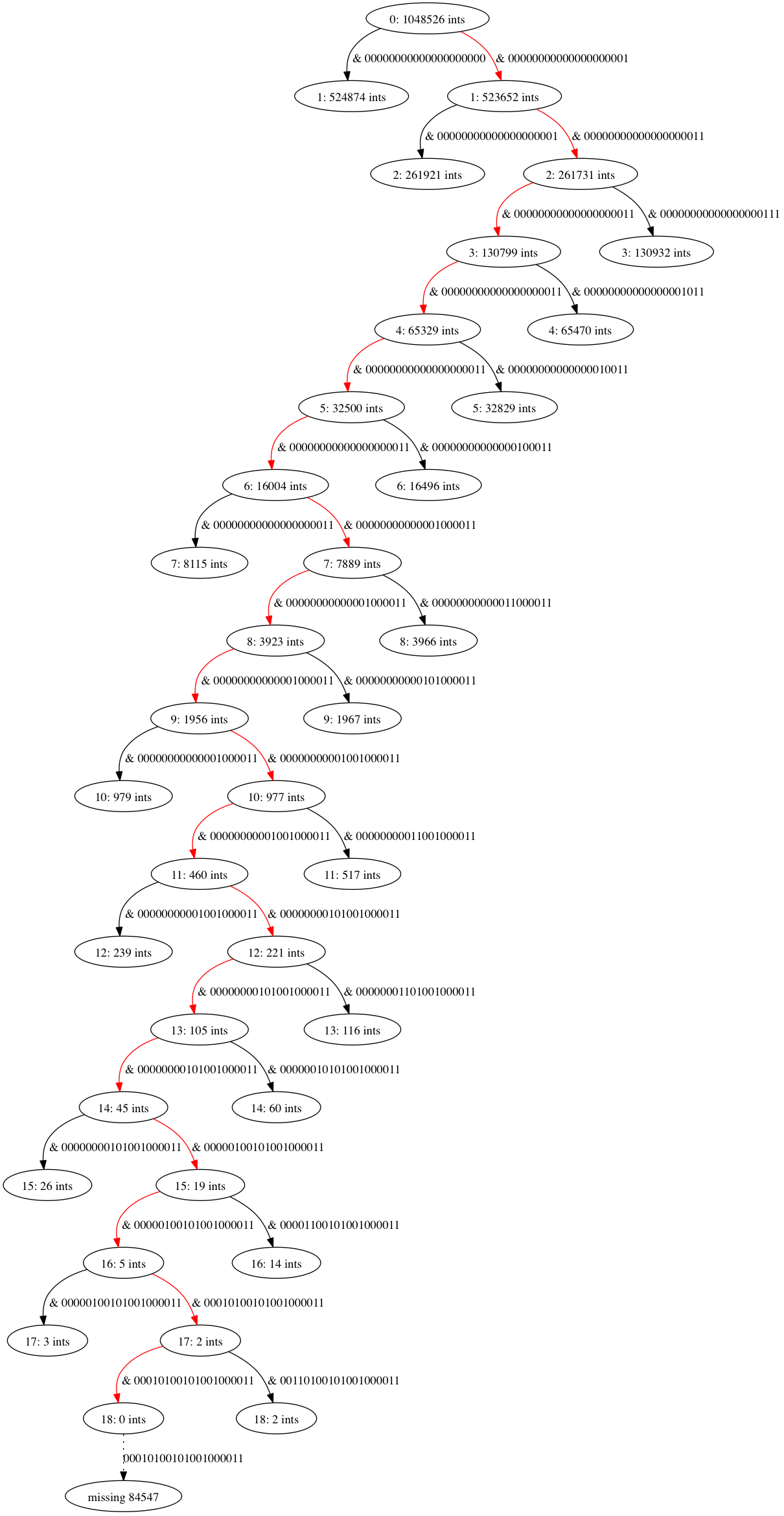 I wish I did this sooner! It didn’t take too much time, and would have saved me from making mistakes in my notebook. It’s also rewarding to see something pretty in the end. On to the next one!