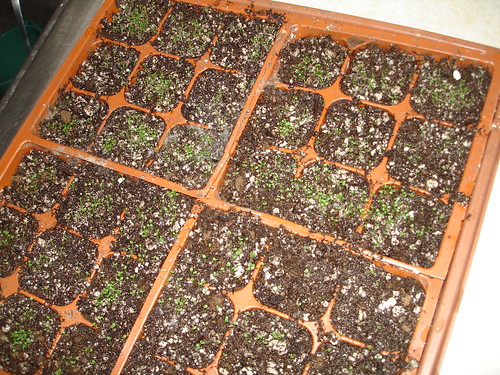 I grew cigar tobacco for the first time last year. Planting tobacco is weird because the seeds need to lay on top of the soil, instead of being covered or buried. 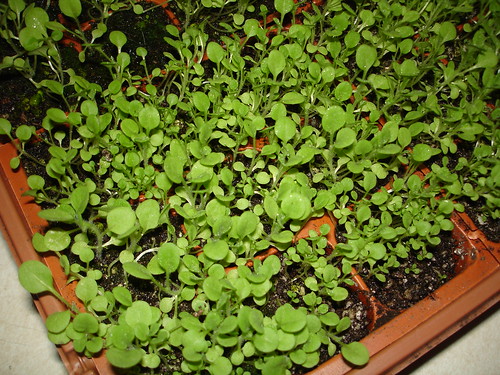 I had more seedlings than I could keep, so I pulled the stragglers out with tweezers. The remaining plants continued to grow until it was time to transplant them outside.

I built a 4’x4′ box for the plants to sit in. The plants had cut-off plastic milk jugs on top of them while their roots settled. 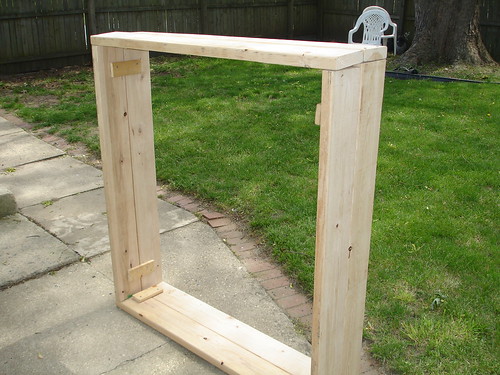 I used discount wood from Home Depot. The dirt was more expensive.

I put too many plants outside as insurance against failure. They succeeded, and the smaller plants began to take resources from the stronger ones. 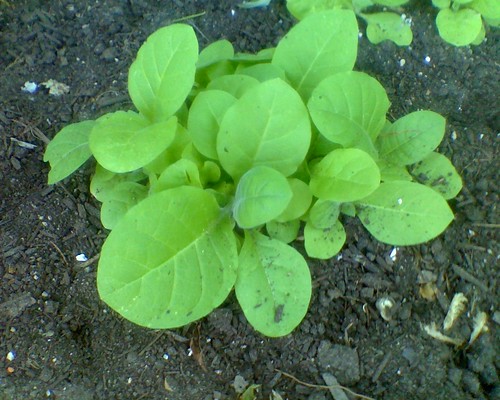 This is what tobacco plants look like when they're too close together. (June 26th, 2010)

I needed to thin out the plants to give the stronger ones room to grow. I had no space to put the smaller plants, and ended up discarding them. 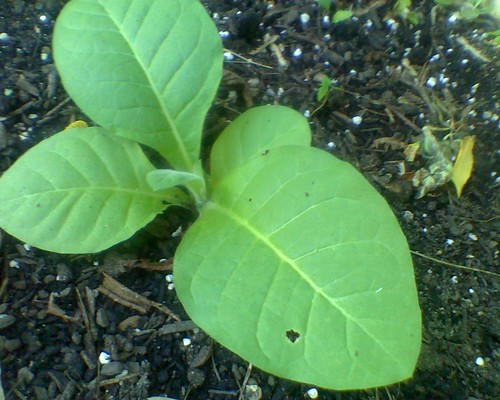 I didn’t use any chemicals on the plants. I ran my fingers against the leaves to stop bugs in problematic areas. Squirrels and birds stayed away from the plants.

I had five plants total. They started growing really quickly in July. 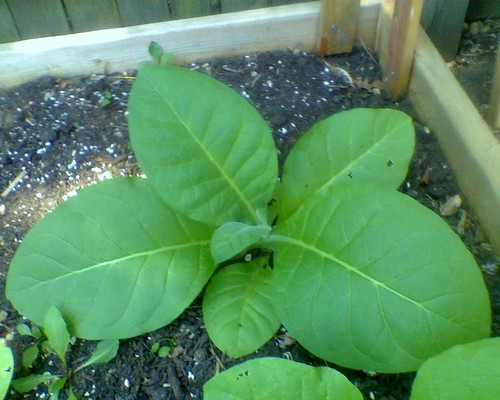 I was torn between two plants during the thinning process, so I filled a bucket with dirt and kept both. 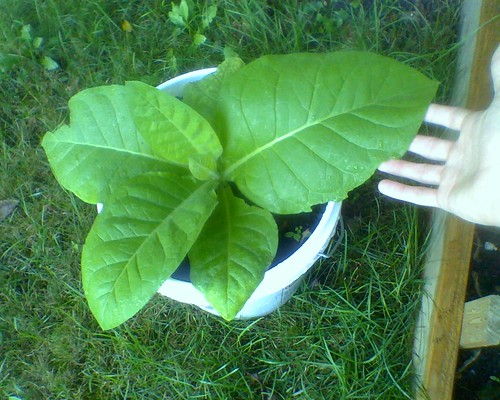 The bucket plant actually did really well and was easy to move around. (July 21st, 2010)

The plants were still small in the beginning of August. I worried about the seasons changing. 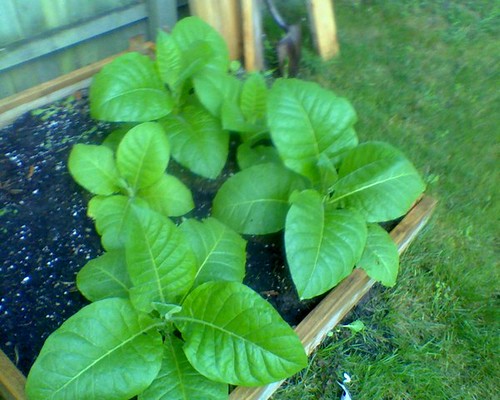 The leaves are more matured at this point, but are nowhere near their full potential. (August 4th, 2010)

The August heat fixed everything. 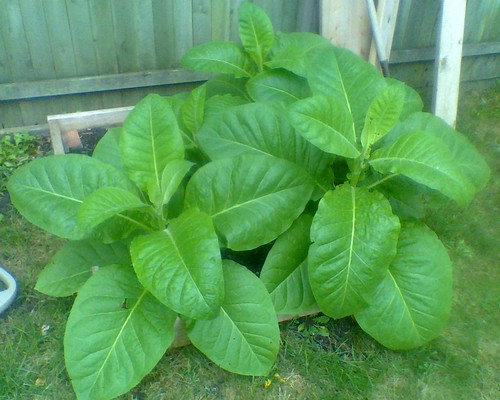 They're not the tallest plants in the world, but they're much closer to being ready. (August 24th, 2010)

There are a few tidbits to know about growing tobacco:

The bucket plant began to wilt in August. It stopped wilting in September. 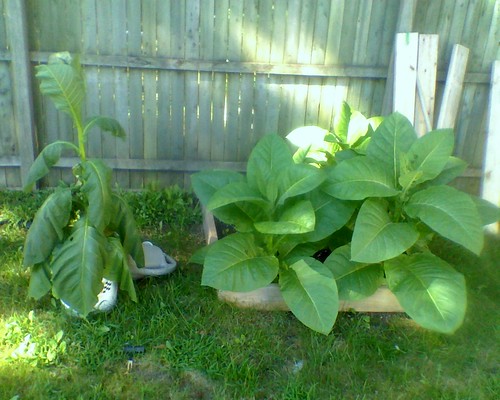 The guesses are either root rot or overwatering. (August 28th, 2010)

I pulled off a majority of the leaves in early September. I took this picture after pulling a big group of leaves (which has since become the little image on the right-side of this blog.) 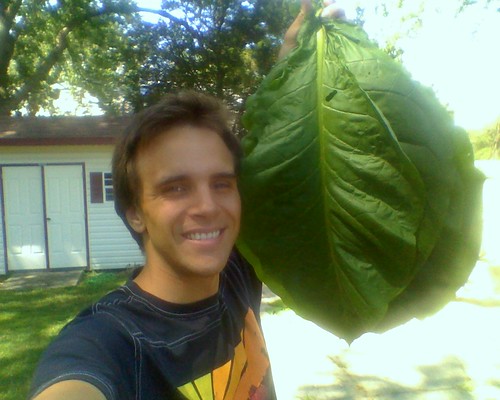 The plants were almost completely bare at this point, but lived and continued to produce suckers. I decided to battle them out of the ground in November. 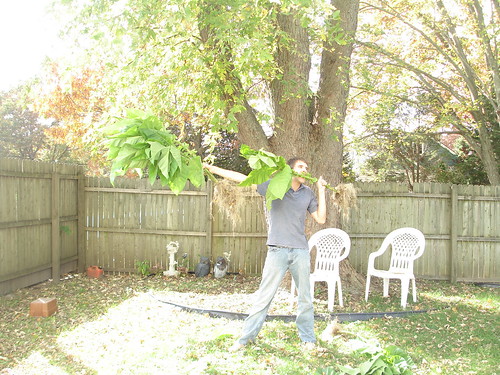 I hung the leaves in bundles. They’re still drying now. I’ll roll them into cigars the same way I did when I made them the first time. 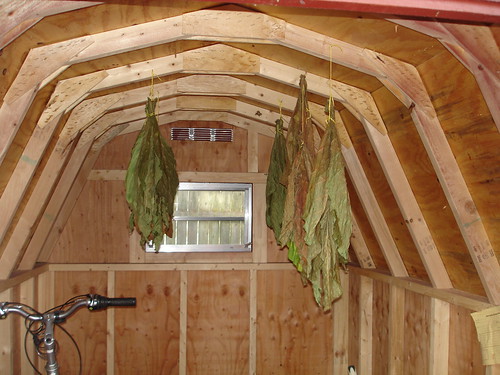 The leaf is drying in a shed right now.

I threw the plants in the shed too (which is known as “whole-stalk harvesting”.) I’m starting this year’s crop now in hopes of getting larger plants. I’m trying cotton this year too, and will post about that in the future.